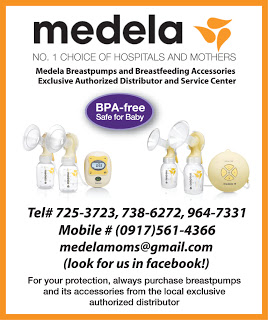 The Ultimate Gift by Jim Stovall is an inspirational story of how a self-centered man, used to being given privileges all his life, changes into a selfless man who knows how to care for others. It begins with the octogenarian lawyer, Ted Hamilton, receiving news that his long-time friend and client Red Stevens, has died. Red Stevens is a self-made multi millionaire who has spent his life giving all he can to his family. In the process, he discovers that giving every material comfort and luxury to his family has destroyed the family, resulting in greed, self-centeredness and materialism. After he is buried, his family arrives at Ted Hamilton’s office for the reading of his will. Everyone receives what they expected except for one great-nephew, Jason Stevens.

Jason is disappointed, angry even, to find out that his great-uncle Red did not leave him with anything. But Ted Hamilton reveals that Red Stevens left Jason with something far more superior than what his family received. For Jason, Red has prepared The Ultimate Gift. Ted Hamilton has no idea what this Ultimate Gift is but he has left a series of video instructions that Jason is to carry out every month for twelve months. Being someone who has not experienced working hard for something in his whole life, this leaves him outraged. But eager to find out what the Ultimate Gift is, Jason agrees to his uncle’s instructions. Eager to received the Ultimate Gift, Jason embarks on a 12-month journey to fulfill his tasks of the 12 gifts his uncle Ted gives him. In the process, Ted Hamilton watches the change happening in the life of Jason.
The Ultimate Gift is actually a very small book with a little over 154 pages but in between the covers of this book is a package of wisdom. Truly it is a gift to all who read it, not just to Jason. At first, I wondered why the actual story of Jason was not told. This story is told from the point of view of Ted Hamilton. He shows the video of Red for instructions to Jason, then Jason leaves to fulfill the conditions of the 12 gifts. Every month Jason returns to Ted’s office and makes his report. After a few days of thinking how much better this book would have been if Jason’s actual story was told, I finally came to realize that it wasn’t the focus of the book. You see, this is an inspirational book cleverly packaged as a fiction. I believe the reason Jason’s actual experiences was not told was because we, the reader, can also embark on the same journey that Jason took and tell our own life-changing stories.
I thought this book is a very easy read because of the short chapters, but it did compel me to think about how I also viewed my own life. Am I thankful for the gifts that I have that the Lord has graciously given me daily? How would I change if I embarked on my own journey just like Jason did? These and other thoughts fill my mind after I read this book. Online casino Ireland. ###

If you would like to read this book, it is available locally at CLC Bookshops nationwide or click on the widget below.


Disclosure: I received a copy of this book for free in exchange for an honest review.